Ron Jacobs (2021-08-13). The Myth of the Atomic Genie. counterpunch.org It was forty years ago this coming September that I was busted along with a couple thousand others protesting the Diablo Canyon Nuclear Power Plant near San Luis Obispo, California. The protests were one of the larger civil disobedience/direct action undertakings of the anti-nuclear movement in the United States. The politics of the protesters were

Rick Rozoff (2021-08-13). "Global threat": Ukraine to enlist "other nuclear powers" if Russia deploys nuclear arms to Crimea. antibellum679354512.wordpress.com Kuleba: Russia's intention to deploy nuclear weapons in Crimea poses global threat "The issue of nuclear weapons is not a local or even a regional issue, it is a global issue, a global threat. Therefore, we will use all opportunities, including the influence of other nuclear powers on the Russian Federation, to curb such activity," …

Brian Cloughley (2021-08-13). Why Does Israel Have a Stockpile of Nuclear Weapons? counterpunch.org The main result of the meeting between Presidents Putin and Biden in Geneva on June 16 was the joint statement that "we reaffirm the principle that a nuclear war cannot be won and must never be fought." This most welcome recognition that nuclear war would probably destroy the world is especially relevant now, because August sees the 76th anniversary

Simone Chun (2021-08-12). Time to Suspend the US-ROK Joint Military Exercises? counterpunch.org After a protracted 13-month suspension, North and South Korea have resumed their twice daily inter-Korea hotline calls, returning to a collaboration venue meant to increase transparency and manage the risk of conflict along one of the world's most heavily militarized borders. In the absence of a peace treaty, such lines of communication are critical to 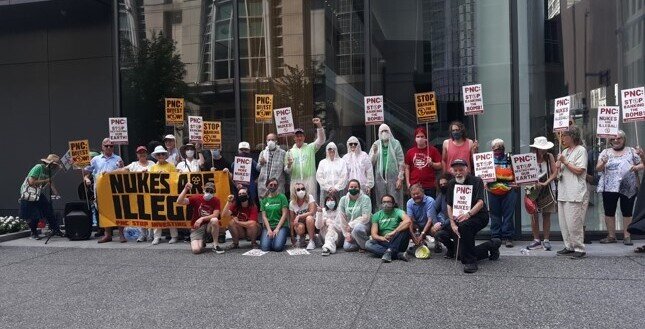 At PNC Bank headquarters, Pittsburgh community members joined together on the 76th anniversary of the bombing of Hiroshima to commemorate the 150,000 civilians who were murdered by the U.S. government. Demonstrators participated in a die-in to protest nuclear weaponry with the Stop Banking the Bomb campaign to show the devastating effects of war and weapons … 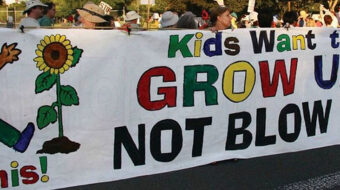