Prabir Purkayastha (2021-10-08). What Does India Get Out of Being Part of 'The Quad'? counterpunch.org The recent Quad leaders meeting in the White House on September 24 appears to have shifted focus away from its original framing as a security dialogue between four countries, the United States, India, Japan and Australia. Instead, the United States seems to be moving much closer to Australia as a strategic partner and providing it with nuclear submarines. Supplying

John Laforge (2021-10-08). NRC Conducting "Open Investigation" into Allegedly Counterfeit, Substandard US Reactor Parts, & Impossibility of Evacuating Seabrook. counterpunch.org The Nuclear Regulatory Commission's (NRC) Office of Inspector General (OIG) has confirmed that it is investigating allegations that counterfeit, substandard parts are currently being used in scores of nuclear reactors across the United States, and further that emergency responders in New Hampshire's National Guard and the Massachusetts State Police have been gagged by orders not 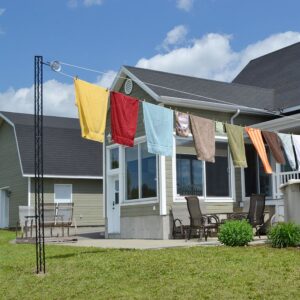 Solar energy comes to Earthlings in many ways. Ancient Persians used passive solar architecture. East Africans about the same time funneled cool ocean wind through tunnels to cool themselves. Now at long last, solar energy is outpacing new fossil fuel and nuclear facilities on price, environmental safety, and speed of installation. One use of solar … Click to see full-size image | The US Pacific Fleet revealed that on October 2nd, the USS Connecticut struck an object underwater in the South China Sea. | #USSConnecticut (SSN 22): | The More:

ecns.cn (2021-10-07). U.S. discloses size of nuclear stockpile. ecns.cn The U.S. State Department has disclosed the number of nuclear weapons in the country's stockpile.

WSWS (2021-10-07). US military analyst warns of danger of nuclear war with China. wsws.org If it faced defeat in a conventional conflict with China over Taiwan, as the analyst concludes is most likely, the US would not hesitate to use its huge nuclear arsenal despite the incalculable consequences for humanity.