Michael Strinberg (2022-07-29). Will The Diablo Canyon Nuke Plant Ever Shut Down? indybay.org The powers that be are trying to keep the troublesome Diablo Canyon nuclear plant on CA's central coast open longer than planned. 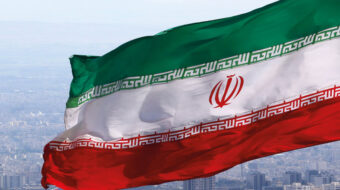 Very often, Iran makes international headlines vis-à -vis the debate over the Iran nuclear deal, the agreement reneged on by Donald Trump in 2018, a form of which U.S. President Joe Biden is seeking to resurrect. The situation facing ordinary workers inside the country rarely breaks into the headlines of the international media. Yet the level …

_____ (2022-07-28). Lessons From Vietnam For Ukraine. popularresistance.org Learning no lessons from the failure and mass slaughter of the Korean War in the previous decade, the US military commenced widespread bombing of Vietnam and sent hundreds of thousands of soldiers. | At the time, spring 1965, about 400 US soldiers had died in the conflict. The war was not yet widely unpopular. Americans who protested against the Vietnam War were a small minority. It would be two years before Martin Luther King's famous denunciation of the war. | Years later, after hundreds of thousands had been drafted into the military with the deaths of tens of thousands, the war became widely unpopular. Ultima…

Dave DeCamp (2022-07-28). British Official Says Nuclear War Threat Higher Than During the Cold War. news.antiwar.com British National Security Advisor Stephen Lovegrove "The Cold War's two monolithic blocks of the USSR (Soviet Union) and NATO — though not without alarming bumps — were able to reach a shared understanding of doctrine that is today absent," Lovegrove said. | He said

Emanuel Pastreich (2022-07-28). The Light and Shadows of the Korean Peninsula. globalresearch.ca

Kamal Iranidoost (2022-07-28). Advisor rules out Iran made new demands in JCPOA talks. en.mehrnews.com TEHRAN, Jul. 28 (MNA) — Mohammad Marandi, an advisor to the Iranian negotiating team in the nuclear talks said that the Western countries are lying that Iran has made excessive demands beyond the JCPOA.

Posted by The New Atlas.